On the 28 July, Year 11 students studying Unit 2 Indonesian acquired the opportunity to further our learnings by participating in the Model UN Conference that was held in collaboration by the Victorian Department of Education and Training (DET) and the Victorian Indonesian Language Teachers’ Association (VILTA).

The UN Conference was specifically on the topic of “Memerangi perubahan iklim” – Combating climate change, as well as the commitment to global action. Many schools were gathered in one auditorium, in which small groups of 3 or 4 were formed within the schools to represent member states of the UN, such as Gabon, Australia, Canada, China, Saudi Arabia, Denmark, Rwanda and Mexico – just to name a few.

In the morning, we were to give our position statements as representatives of the states, and ultimately explain our stance in the action for climate change. After giving our statements, session 2 would begin wherein delegates would be able to ask questions and give clarifications, as well as debate the Resolution and its clauses. Amendments of these clauses were to have at least one supporting country, and after this, session 3 and 4 would begin. Session 3 involved the amendments being put forth, and ultimately, in session 4, other countries were to vote to agree, disagree or abstain from the changed clause.

The UN conference was an overall beneficial and exciting experience, and leading up to it, we felt a load of stress, however, throughout the day, we were able to bond with other schools and create connections on the basis that we were all studying Indonesian together! Additionally, it allowed us to get out of the bubble of being shy, and pushed us forward into becoming more confident in our Indonesian speaking skills. 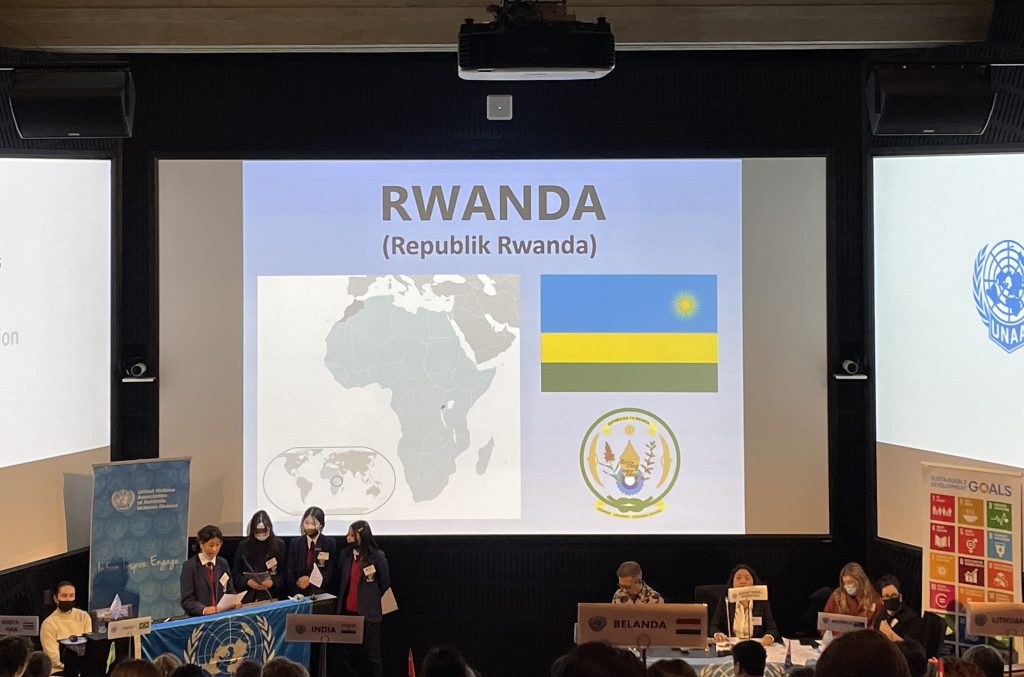 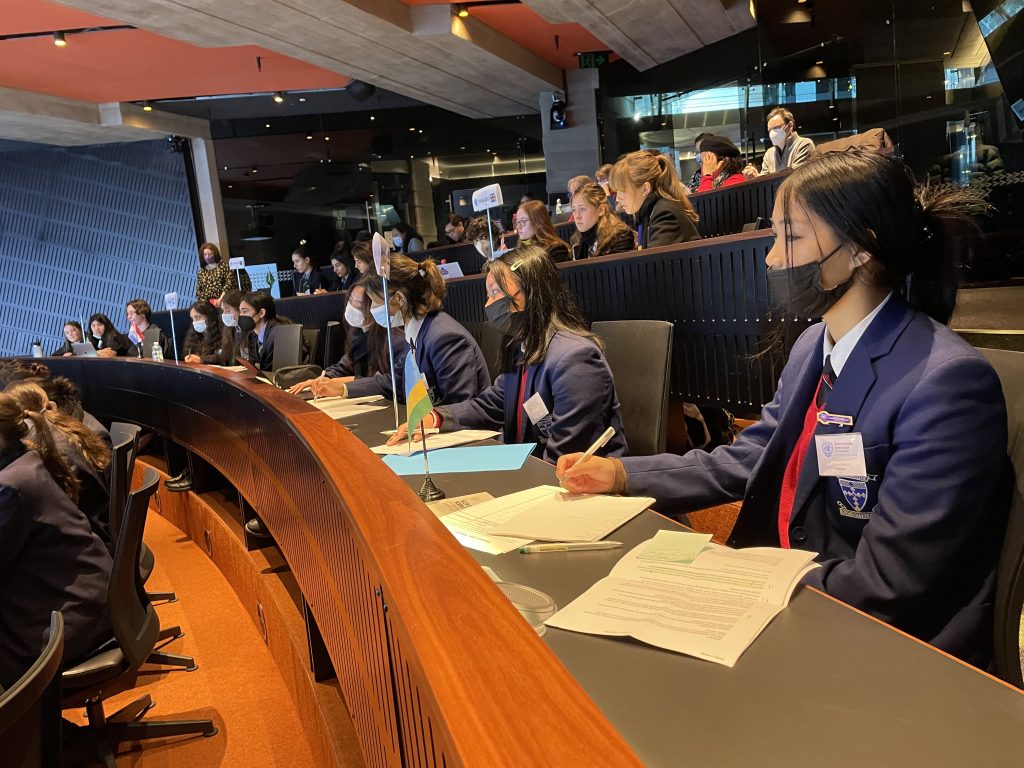